Travel in Cochin (now known as Kochi) is relaxed and cosmopolitan, yet intriguing and atmospheric. Much of its charm has been slowly built over 600 years of rich and varied history and, for us, there’s no other place quite like this great water city of India’s Malabar Coast.

As Kerala’s commercial and financial hub, Kochi provides a welcome distraction from the sleepy rural backwaters that make up the rest of the state, and provides the perfect stop-off to eat, drink, amble and shop.

Its historical status as a major trading port on the Spice Route, along with various influences from Portuguese, Dutch, Chinese and British colonists, have combined to create a diverse mix of old and new.

Set on India’s largest natural harbour, serving estuaries that drain the rainfall of the Western Ghats into the Arabian Sea, the main part of the city is built across a series of islands connected by bridges and is an absorbing place to explore.

There’s the seaside area of Fort Kochi, where you’ll find a charming mix of churches, mosques and synagogues such as the famous St Francis Church, alongside Princess Street in the heart of the city, with its cafés, kiosks, antique shops and galleries.

Nearby Mattancherry offers yet more ancient places of worship to explore (like Paradesi Synagogue, the world’s oldest active synagogue) before taking in the intense aromas of bustling spice markets.

Head inland and you’ll find the city’s commercial centre of Ernakulam, the modern part of Kochi, with fantastic dining opportunities, temples and colonial architecture, like Mattancherry Palace, one of many remnants of the city’s colonial past.

Not to be missed on any holiday in Kochi are the city’s iconic Chinese fishing nets, huge bamboo installations that were introduced to the city’s shores in the 14th Century by Chinese explorer Zheng He, and a mesmerising spot to watch the sun go down at the end of another utterly immersing day. 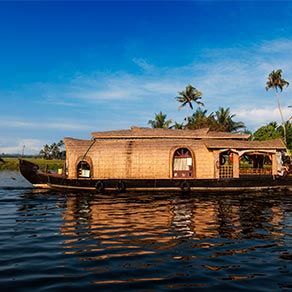 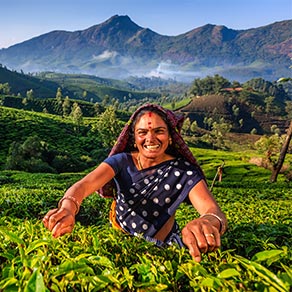 Contemporary hotel with a unique conceptual style that draws inspiration from the seafaring history of Fort Kochi. Beautiful rooms and fantastic dining.

Formerly the shipyard of Geo Brunton and Sons on the seafront in Fort Forth Kochi. Now beautifully restored, this period building of the British Raj is a boutique, five- star hotel with a unique charm.

If you only do three things in Cochin…

See Mattancherry Palace. Built by the Portuguese in 1555 and renovated by the Dutch in 1663, it is a blend of European and Keralan styles with stunning murals.

Chat to us now to discuss your travel tastes and we will tailor an itinerary that is the perfect fit.