Is this the ultimate experience in Burma? A magical Myanmar river cruise of a few days down the mighty and fabled Irrawaddy River, charting a course between magical Mandalay and mysterious Bagan is one of life’s greatest journeys.

What could be more exciting than boarding a ship, either custom-built or a converted old barge, and taking a river cruise from Mandalay to Bagan, two of the greatest cities of the Orient? With fascinating shore excursions along the way, the chance of seeing the endangered Irrawaddy river dolphin and superb hospitality, you’ll remember it forever.

Tales from the riverbank

Also known as ‘The Elephant River’, the Irrawaddy begins high in the snow-capped Himalayas then flows down through the center of Myanmar, before throwing itself into the Andaman Sea. Along the way, hundreds if not thousands of temples, stupas and nats line its banks.

From your floating hotel you will be able to watch the routines and rituals of the communities that live alongside the river. Scenes of livestock being tended, women washing clothes, children collecting water for cooking, men hauling sacks of farm produce onto barges are the norm. And then there are the fishing boats, big and small, bobbing up and down as they seek their quarry and the commercial cargo vessels that tow impossibly long loads along the mighty, snaking river.

It is nothing less than a privilege, and so exciting, to see it all at close quarters.

What do you see? The most magnificent sight of the river waters shifting colour, from blue to turquoise to sandy to brown, lapping at the distant shore while all manner of fascinating boat traffic passes by. If it wasn’t for the vast and scrummy breakfast that awaits, you could lie here forever, transfixed.

Most cruises take in Mingun, home of the world’s largest ringing bell and the ancient kingdom of Ava (sometimes called Inwa); it’s also possible to go further up river, depending on the route taken. Voyages last between three and seven nights.

Imagine waking up in your air-conditioned cabin, in your king-sized bed, being served tea by your butler and having your curtain drawn back.

Unlike accommodation in Burma generally, which tends to be limited, with river cruises you’ll be spoilt for choice and types of ship available. There are options to suit all budgets but nowhere is the old adage ‘you get what you pay for’ more apt.

Burma is fortunate to have two exceptional companies, Belmond and The Strand Cruise, vying for the top spot each operating luxurious boats where your every need is anticipated and your every whim is attended to. There are other quality options too which we can wholeheartedly recommend. 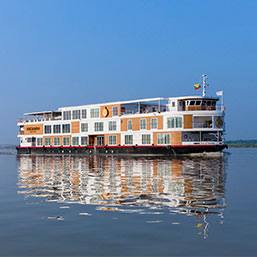 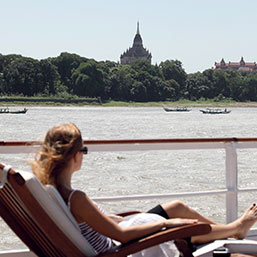 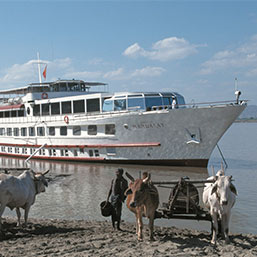 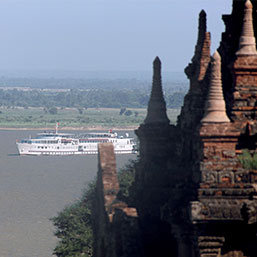 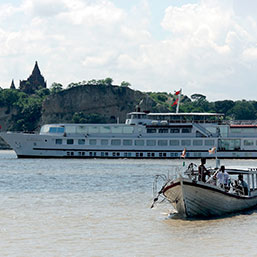 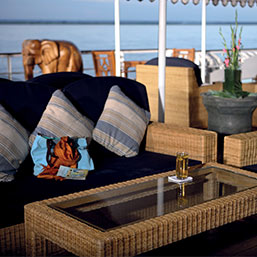 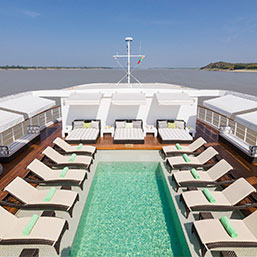 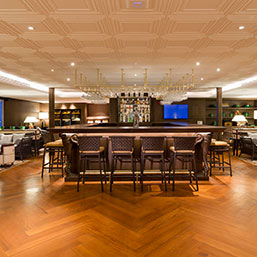 From the time we first contacted them to when we arrived back from our holiday, Yonder delivered everything they promised and more. The trip was perfect and confirmed their detailed knowledge of the country and places we visited.

The Road To Mandalay

What could be more evocative than boarding a river cruiser on Myanmar’s mighty Irrawaddy named The Road To Mandalay? And when you hear that it is a Belmond (formerly The Orient Express) river cruiser you'll know what perfection awaits.

The Strand Cruise is the new kid on the block on Myanmar’s mighty Irrawaddy river. Launched in early 2016 with a single superbly appointed boat, the Myanmar Strand Cruise is unquestionably brilliant.

If you only do three things in River Cruises…

Lie back on deck and from the comfort of your sumptuous lounger snap away at the amazing scenes unfolding in an endlessly fascinating procession.

Whilst the boat is superb, don’t take the lazy option. Get out on the shore excursions and walk amongst the villages, golden stupas and smiling locals.

Eat, eat, eat! The food onboard is amongst the best we have eaten in Myanmar, with both high quality Burmese food prepared with the finest ingredients and Western dishes cooked to perfection by talented international chefs.

We had feared that the words luxury and Burma weren’t synonymous but being on the Irrawaddy has changed all of that.

We had feared that the words luxury and Burma weren’t synonymous but being on the Irrawaddy has changed all of that.