PRICE: Worth maxing out for

Staying at the Rambagh Palace is a unique experience in its own right. If you are lucky enough to get a room, it will be as much a memory of Jaipur as the City Palace and the truly spectacular Amber Fort.

We’ve even heard the Rambagh Palace described as the most amazing hotel in India. The competition is stiff but it’s a contender for sure, in our view.

Originally built in 1835, Rambagh Palace has stepped gracefully through many royal transitions – from the home of the queen’s favourite handmaiden, to royal guesthouse and hunting lodge, and later as the residence of the Maharaja Sawai Man Singh II and his queen, Maharani Gayatri Devi.

Today, this jewel in the Taj’s crown offers 78 stunningly restored grand luxury rooms and suites which were the chambers of the former Maharaja. The palace retains its elaborate splendour, extravagantly decorated with hand-carved marble ‘jalis’ or latticework, sandstone balustrades, cupolas and ‘chattris’ or cenotaphs, and elaborate Mughal Gardens.

As you would expect, it is magnificent. It’s also huge. The hallways are lined with fascinating black and white photographs of the palace, the Maharajas and notable moments of history. There are also endless paintings to marvel at. The other common areas consist of bars, restaurants and gardens, each with their own personality and theme.

The food is exceptional. The speciality Suvarna Mahal Indian restaurant, situated in the former royal dining room with its frescoed ceiling and gold threaded curtains, served some of the best Indian food we have eaten. The Chooza Makhani, a beautifully tender chicken dish cooked in a velvety Rajasthani sauce,  is a particular favourite and it is all the more special presented in hand-hammered Jaipur metal dishes.

The rooms are richly decorated with embroidered throws on the beds, heavy antique furniture and colourful artworks of local Rajasthani scenes on the walls. Yes, the rooms are a little dated but perhaps that just’s in keeping with the grandeur of a bygone era.

The wonderful thing about staying in a hotel like the Rambagh Palace is that you become immersed in living history. At every turn you learn something new. The pool area for example, is set in a summer house, a stone’s throw away from the main palace. It has a long history and is said to house the first indoor pool in India. The outdoor pool is more modern by comparison and doesn’t quite square up to the breathtaking pool areas found in similar hotels elsewhere.

Nevertheless, the Rambagh is in a league that only a very small number of others can play in. It is the ultimate symbol of opulence, decadence and royal living and is a permanent fixture of our itinerary every time we swing past Jaipur. 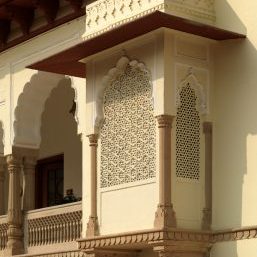 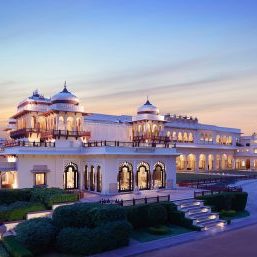 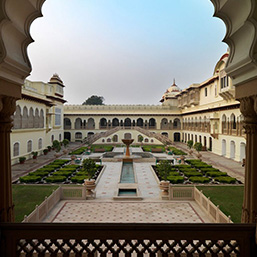 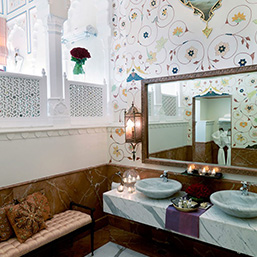 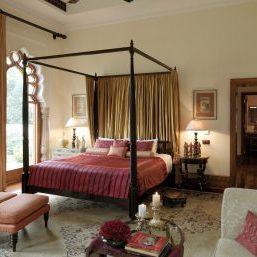 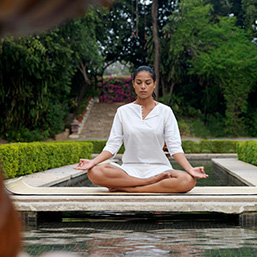 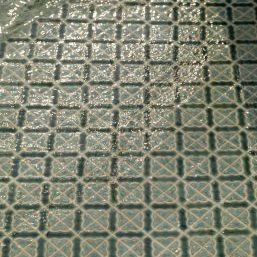 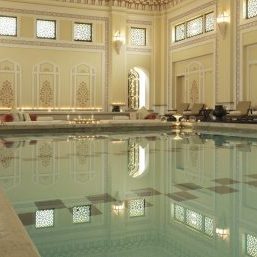 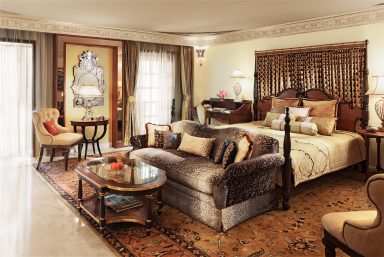 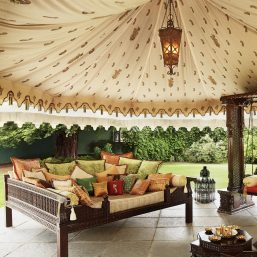 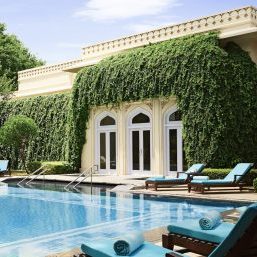 Every evening at 6pm, the resident historian takes a guided walk around the palace. It’s a great insight into the immense history. Every room has a story and every ornament is significant.

The palace grounds are vast. The driveway itself it very long. Maharaja and Maharani don’t walk out. They are driven. So when you fancy a wander in the city, summon your driver who is on permanent standby.

The welcome on arrival is extraordinary. Flanked by two huge turbaned footmen in perfect ceremonial dress, we were told we were the Maharaja and the Maharani and as such we were coming home…to our own palace.

The welcome on arrival is extraordinary. Flanked by two huge turbaned footmen in perfect ceremonial dress, we were told we were the Maharaja and the Maharani and as such we were coming home…to our own palace. 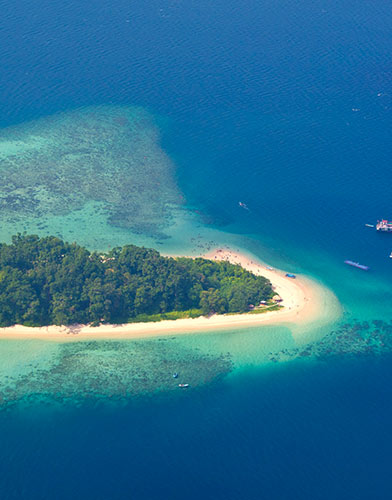 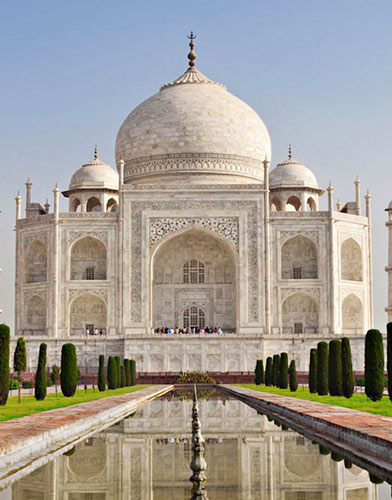 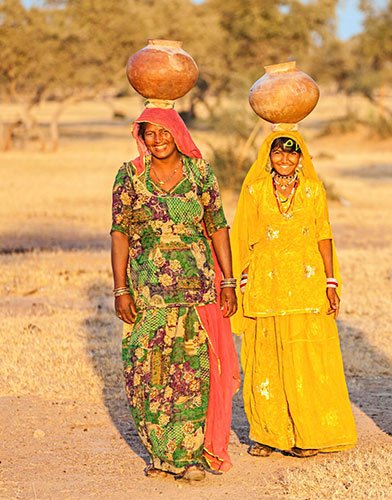 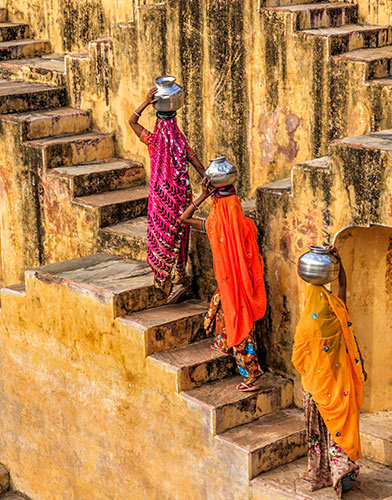